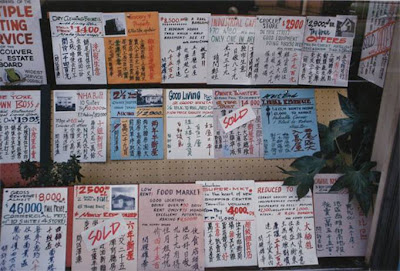 This is Dad's Chinese calligraphy while Mom did the English headings of the real estate ads at Success Realty in the early days of Vancouver Chinatown next to Carol Lee's Dad's Lee's Pharmacy at the corner of Pender and Main.

A film on Dad by  the University of British Columbia

Thank you to Roseanne Sia and her team for producing this legacy on Dad.


Favourite Memory : Christmas with Dad at The Chinnery

Association of Women in Finance

For the second year in a row, Andrea Eng participated in an expert panel for a women's networking group specializing in corporate finance.   From bankers, lawyers, accountants, service professionals including tax and litigation professionals, this group heard from an expert panel from Economist, to Developer, to Deal maker and Global investor, and selected advisors, on the Vancouver real estate market.  >>  ASSOCIATION OF WOMEN IN FINANCE 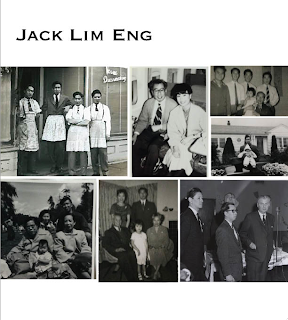 We recently celebrated Dad's 90th and he was pleased with the photos we selected.

Reminding him that he has accomplished so very much in times that were as challenging as now.

One of my long friend & colleague Avtar Bains travelled with his lovely Mom Devinder and Dad and I, and we sampled Hong Kong and Singapore when both our parents could.   Devinder is in heaven now - Surinder, Krishna and I celebrated her birthday this year.

We are so blessed to have experiences like this.

Dad was thrilled with the Bon Ton cake, and the visit from both of us. 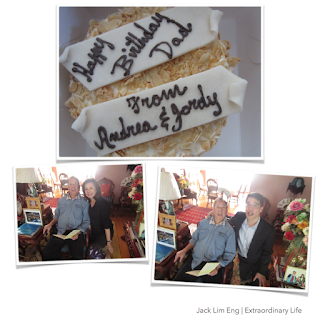 He's had really an extraordinary life.
Posted by 太太 Tai Tai at 5:42 PM

A Sonoma County jury convicted Phang in 1988 of first degree murder in the premeditated, execution style slaying of his brother-in-law, Johnny Fong.   On May 21, 1987, Mr. Fong was found lying face down next to his vehicle in Petaluma.

Mr. Fong had traveled from Hillsborough to Petaluma to attend a pre-arranged meeting with a friend.   He was shot twice to the head.   His Rolex watch and wallet were missing.

Mr. Phang was stopped one week later at the Canadian border with his brother and a friend and his vehicle was searched.   The gun used in Mr. Fong’s murder was found in the car as well as Mr. Fong’s Rolex watch.   The gun was stolen in March of 1987 in a burglary of Mr. Phang’s former employer in Missouri while Phang lived in Missouri.   Two hours after the burglary Phang attempted to cash checks stolen in that burglary.

Mr. Phang remains in jail and has been denied parole several times as he shows no remorse. 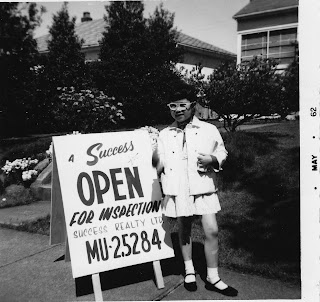